What makes reality TV shows, local or Indian adaptation of foreign shows, and rock in India? Here’s the reality check! : The India Tribune 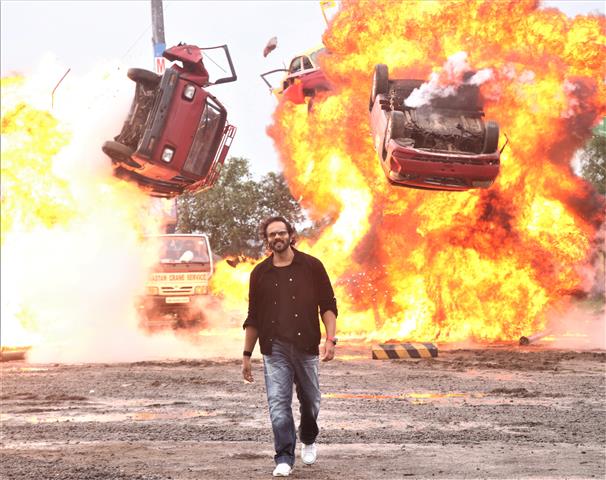 What makes reality TV shows, local or Indian adaptation of foreign shows, and rock in India? Here’s the reality check! : The India Tribune

After the confinements, reality TV shows are back with new energy. While old shows like Amitabh Bachchan’s Kaun Banega Crorepati and Salman Khan’s Bigg Boss Season 15 are still enjoying great popularity, new players like Shark Tank India have also captured viewers’ imaginations. And now, with actors like Ranveer Singh and Kangana Ranaut stepping onto the scene with The Big Picture and Lock Upp, the popularity of this genre is only increasing.

We are thrilled with Lock Upp. It’s a local show and we’re extremely excited to have it airing on MX and AltBalaji. Also, I think it encourages a lot of creative minds and writers/thinkers to create made-in-India reality shows. I think Lock Upp is the start of that for us. It’s a great project that will go live from February 27th and we’re very sure that given the format, we have something really exciting for viewers to come back to the platform every night. —Mansi Shrivastav

We bring you the experts’ perspective on reality shows along with their verdict on original shows versus Indianized adaptations of foreign shows, as Kangana pointed out at a recent press conference.

Speaking of Indian-origin reality TV, Sa Re Ga Ma Pa is the first name that comes to mind. It is the longest running show on Zee since 1995. The show, hosted by Sonu Nigam, inspired regional TV stations to adapt it into regional languages. Incidentally, Ranveer’s trivia-based show, The Big Picture, is also an original concept. And the same goes for Remo D’Souza’s Dance Plus which airs on Star Plus. MX Player and AltBalaji have teamed up for the captive reality show Lock Upp, which airs Feb. 27, is another in-house concept.

Mansi Shrivastav, SVP & Head, Content Acquisitions & Alliances, MX Player, says, “Whether local or international, the goal and incentive for creators is to bring the best in content and formats to our audience. . If there are great shows and formats that have worked well in certain parts of the world, I think we would want to bring them to India. There is nothing wrong with that. It’s great to see exciting formats come into the country and take on a personalized shape.

Farah Khan has a long list of shows she has judged or co-hosted, from Indian Idol (2004) to Jhalak Dikhhla Jaa 1 (2006) to Nach Baliye 4 (2008) to India’s Got Talent Season 4 (2012) to Bigg Boss Halla Bol (2015). She says, “A reality show won’t survive if it doesn’t have something good to offer. Regardless of the origin of the series, in the end everything is Indianized. If we can do it with Chinese noodles, what chance does an American or British show have? We can make it ours with the good intention of showcasing India’s endless talent.

Indian Idol is inspired by American Idol as India’s Got Talent originated from the global British Got Talent franchise. Shark Tank India, which premiered this year, is also the Indian adaptation of American Shark Tank. Rising Star, judged by Shankar Mahadevan and Diljit Dosanjh, which introduced the concept of singing live while the audience votes, is also an adaptation of the Israeli show, Ha Kokhav Ha Ba (meaning The Next Star), which has gave stiff competition to the idol and The Voice franchise. India has all three versions. The Voice India aired on Star Plus and was inspired by a Dutch show, The Voice of Holland by Dutch producer John De Mol, which later became a global franchise. Then there is Kaun Banega Crorepati who has directed over 1,000 episodes. Amitabh propelled him to the top, as did the original show, Who Wants To Be A Millionaire?

Farah Khan shares that the pandemic has definitely brought new ideas and energy into the non-fiction genre and that social media has a huge role to play in that. According to Mansi, “One of the reasons for the craze is that your favorite celebrities react to certain situations, performing tasks as they are. The other reason is that we are a huge population and a diverse country, so it’s wonderful to see the story of a girl or boy next door from small towns, making the journey to become a famous singer, dancer or performer.