Watch: This performance art shows the path to success is full of ups and downs 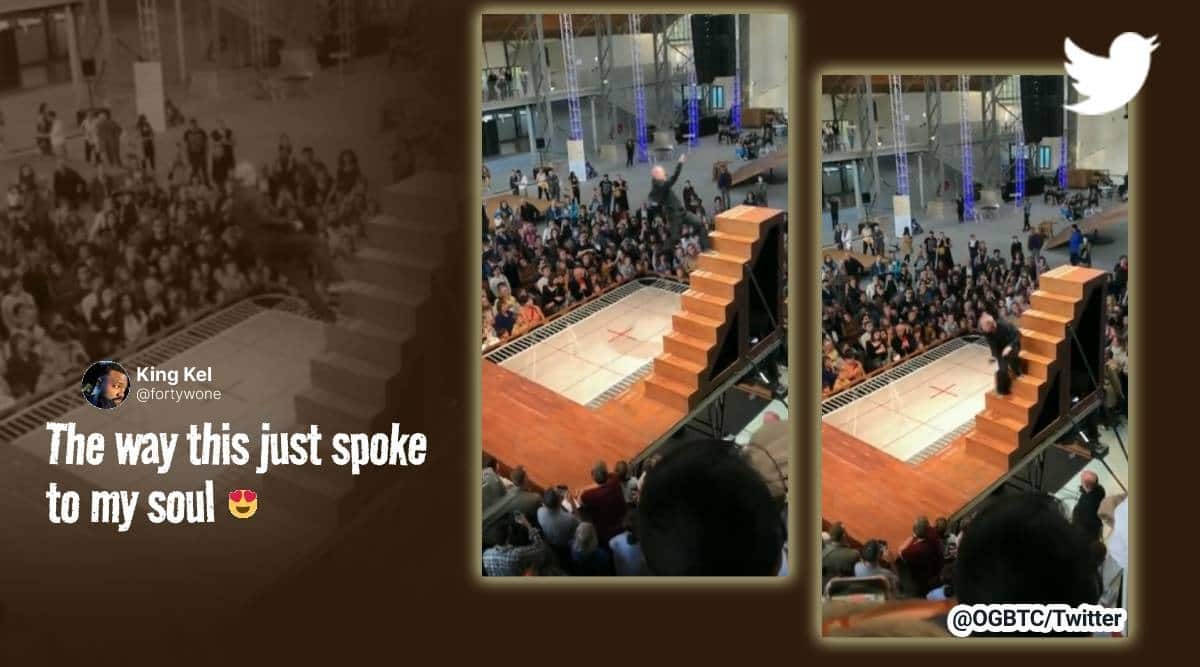 Watch: This performance art shows the path to success is full of ups and downs

The idea of ​​how one can succeed often exceeds people’s expectations. A work of performative art that addresses this question captivates Internet users around the world.

The performance presented by Yoann Bourgeois, French choreographer, shows him trying to climb a staircase and then falling. Instead of falling to the ground, Bourgeois lands on a trampoline then bounces off the stairs, only to fall again. Bourgeois repeats the same falling and bouncing action several times before finally landing at the top of the stairs.

A video of this performance was first posted on Instagram by photographer Mathieu Stern who saw it live. Stern’s video has since been featured on social media platforms.

Bourgeois’ fluid and effortless movements shown in the video impressed people, who took to social media to theorize on the message of his performance. On Twitter, a video of this performance art, reproduced by user Marshall Long (@OGBTC), has garnered more than 26.4 million views since it was posted on October 24.

A popular performance theory is that it indicates that the path to success is not straight forward and includes many ups and downs. Many people have also argued that the fact that Bourgeois picks himself up after every fall shows that one should not give up on one’s goal despite setbacks.

Some real life stuff here.
“Success is not linear” by Yoann Bourgeois pic.twitter.com/GQJj4ztXWM

{ I perceive the trampoline as having two sensible senses

1. The safety net of the privileged

2. The realization that there is always a way to bounce back from failure, no matter how badly you think you can’t. You only stay on the ground if YOU stop bouncing.

Well, you have already talked about the fact that success is not linear and that no matter what you always have to bounce back but what about the trampoline? We all need it to give us the support when we fall and the jostling to get us back on track. Could be people, goals, passion, etc. So beautiful

Easy to romanticize sustained passion without talent by insinuating that hard work will always get a man there.

Some are just not rich or free enough to spend all their time working hard for a dream while sustaining life through day jobs. Soon you have to cut the losses and move on.

George S. Patton once said, “Success is how high you bounce when you hit rock bottom.”

I felt the same bruhh. He knew he would get there eventually, but he was rooting hard for him. Art is powerful ngl🥺

Incredible video. And a beautiful way to demonstrate the trials and tribulations of life. But persevere and you will get to the top.

If you want to get that literal point, it technically doesn’t return to the same step every time it drops. Most cases it comes back further. The point is, you need to get back on the path to success rather than just staying on the trampoline.

Bourgeois often uses trampolines and stairs in his work. In addition to performing in popular art shows, he also choreographed the music video for Harry Stylesthe song As it was and co-designed the music video concept of cold play and Selena Gomezit is let someone go.