The genius of detective comedies 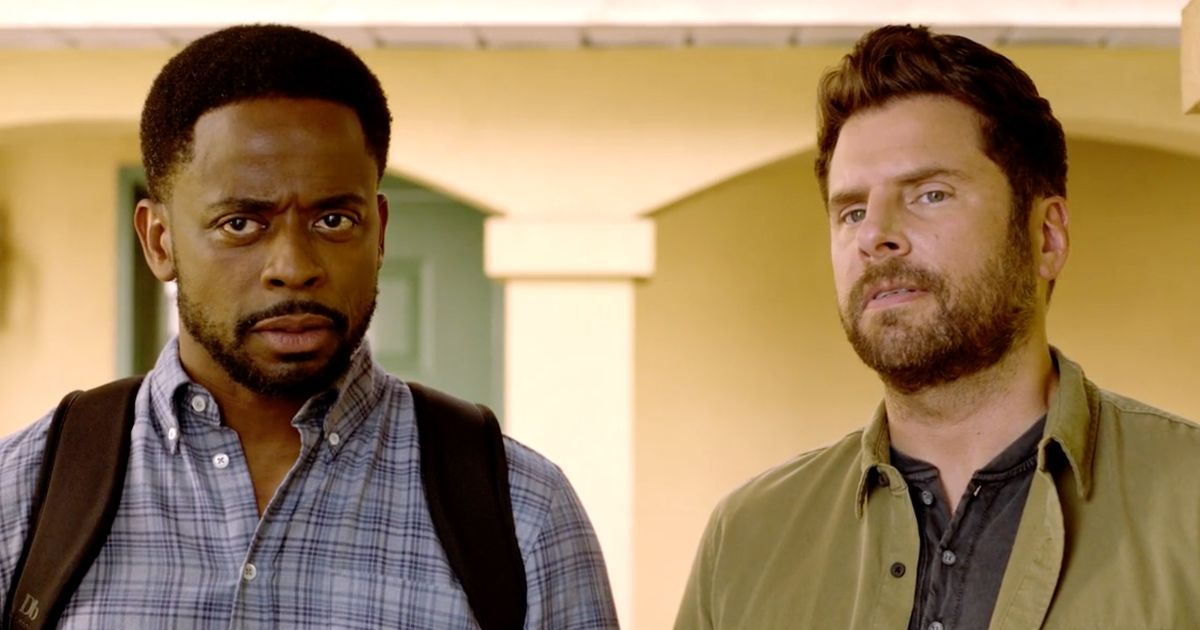 The genius of detective comedies

USA Network launched the show Psych about a self-proclaimed psychic, Shawn Spencer, played by James “Roday” Rodriguez, and his best friend, pharmaceutical sales rep Burton “Gus” Guster, played by Dulé Hill, in 2006. Shawn, however, looks more like to Sherlock Holmes than to a psychic in that he is very aware of his surroundings, thanks to his detective father who trained him in how a detective sees the world. For eight seasons, the duo dabbled in murder investigations in Santa Barbara, Canada and England. In 2017, three years after the series finale, Psy: the movie was released, Shawn and Gus solving a kidnapping in San Francisco. Two sequels to the film were released in 2020 and 2021 on the Peacock streaming platform.

The beauty of Psych is that it does not look like a detective series. Essentially, the crime comedy pokes fun at several critical elements of crime shows through characters like Detective Carlton Lassiter, played by Timothy Omundson, who is the only Santa Barbara detective to be skeptical of Shawn’s “abilities.” Second, the show focuses on two best friends living their childhood dreams rather than going through the police academy and legitimately solving crimes. Another aspect of Psych what makes it comedy gold is that with all the references to ’80s cult classics, they were able to land cameo appearances from virtually every cast member of The breakfast club and several appearances by Cary Elwes of princess bride, making the show a true homage to the glorified era. To finish, Psych fans were treated to three films, answering the question: What really happened after Santa Barbara?

The physics of the psyche

According TV tropes, a police buddy show follows partners as they investigate crimes, with the main focus of the show being the officers’ interpersonal and intrapersonal relationships. Of course, Shawn and Gus aren’t law enforcement, despite an attempt at the police academy. Instead, they are consultants who run an agency called Psych. Virtually every case they solve begins with Shawn persuading the Chief to hire Psych. After being hired, Shawn and Gus carelessly attempt to solve the murder, falsely accusing people of murder based on evidence. Even still, Shawn and Gus find the murderer by the skin of their teeth.

The consensus in many TV shows is that psychics are unreliable, but especially so in crime shows. In the pilot episode, Henry Spencer, Shawn’s father who is a retired detective, played by Corbin Bernsen, even tells Shawn that the people the cops hate the most are psychics. It is ultimately what makes PsychThe satire of works so well: everyone at the precinct, including the chief, is completely amazed at Shawn’s “psychic” abilities – well, every cop and detective except Chief Detective Carlton Lassiter. Early on, he is skeptical of Shawn’s “predictions”, often objecting to Psych’s involvement, and yet more often than not Shawn solves the murder before Detective Lassiter, making Psych a vital part of criminal investigations. in Santa Barbara.

Gus, Don’t Be a Stupid Goose: The Story of Two Best Friends Living Their Dreams

A large number of PsychThe episodes open with a flashback to Shawn’s childhood. These flashbacks, unlike cold opens in sitcoms, are helpful in developing the episode. There is a flashback from their talent show in elementary school where Gus wears the wrong costume, but the boys continue to perform anyway (Season 2, Episode 1). The rest of the episode is about preventing the attempted murder of Nigel St. Nigel, a judge on the singing competition show American duets, played by the terrifically talented Tim Curry. While competing in a talent show was the fulfillment of a failed childhood performance, the real fulfillment of the dream came in the form of detective consulting.

When Shawn initially tells Gus that they are opening an agency called Psych, Gus reluctantly agrees to help Shawn solve the murder, a recurring theme throughout the series. In this clip on the official Psych Youtube page, Shawn dreams of how his presence affects other people’s lives, especially Gus’s life. When he wakes up, he fixes everything with everyone and tells Gus how much he is appreciated. Gus then tells Shawn that he would probably be married to a woman who uses him if Shawn wasn’t in his life, confirming Shawn’s dream. Despite Gus’ initial reluctance to help Shawn, the show centering around two best friends having fun while solving a murder makes it all the more enjoyable. The absolute brilliance of Psych is that the show is an examination of two best friends living out their dreams while cruising around Santa Barbara as serious police consultants.

The Power of Cameos: A Homage to Cult Classics of the 1980s

While Shawn acts immature and reckless, his real charm comes in the form of an endless stream of 1980s references. The show pays homage to the forever-missed era with cameos from Cary Elwes of princess bride and virtually all members of The breakfast club. Elwes plays the famous art thief, Pierre Despereaux in four episodes of the series. Shawn and Gus meet Pierre for the first time while vacationing in Canada.

four of five The breakfast club the members have appeared in various episodes throughout the series. Judd Nelson plays Dr. Steven Reidman in season 4, episode 13, where an outbreak of a highly contagious and deadly disease occurs. Molly Ringwald plays Nurse McElroy, a nurse at a mental health facility, in Season 6, Episode 6. While Nelson and Ringwald have a singular episode, Anthony Michael Hall and Ally Sheedy make several appearances. Hall appears in three episodes playing the absolute worst police chief, Harris Trout. Sheedy appears in four episodes of the series as a seriously creepy serial killer who goes by Yang.

Each cameo role lives up to the icon playing them while giving fans complete nostalgia for the beloved cult classics. While the show has plenty of cameos from other legends like Rachel Leigh Cook, Curt Smith and William Shatner, cameos from Elwes and The breakfast club stand out from others.

Related: Explained: Is The Breakfast Club Sexist Or Feminist?

After eight seasons, Psych called his own bluff and ended on a cliffhanger: Shawn proposed to Juliet, played by Maggie Lawson, vowing to move himself and Gus to San Francisco with her, and revealed to the current police chief Carlton Lassiter in a pre-recorded message that he was not, in fact, psychic. Granted, it’s not a huge cliffhanger, but it left fans wondering what happened once Shawn and Gus left Santa Barbara. After being off the air for three years, Psy: the movie was announced, which answered this question. With a majority of the team in San Francisco, Shawn and Gus attempt to retrieve Juliette’s stolen engagement ring only to be needed by San Francisco Police Chief Vick, played by Kirsten Nelson, whose daughter has been kidnapped and being held on Alcatraz Island.

Although the film satisfied fans who wanted more, the stories of two characters were still not finished. In the following, Psych 2: Lassie Comes Home, Shawn and Gus are wanted by Lassiter in Santa Barbara who suffers from memory loss after an accident with a criminal. During their investigation, Gus discovers that the girl he is dating is pregnant. This development in Gus’ story, of course, led to the final chapter of Psych in Psych 3: It’s Gus. Whether Psych making fun of crime shows, or Shawn referring to Gus by a made-up nickname like Ghee Buttersnaps, or even Cary Elwes playing the perfect criminal, it’s no wonder creator Steve Franks gave crime show fans the one of the best police comedies since Monk.