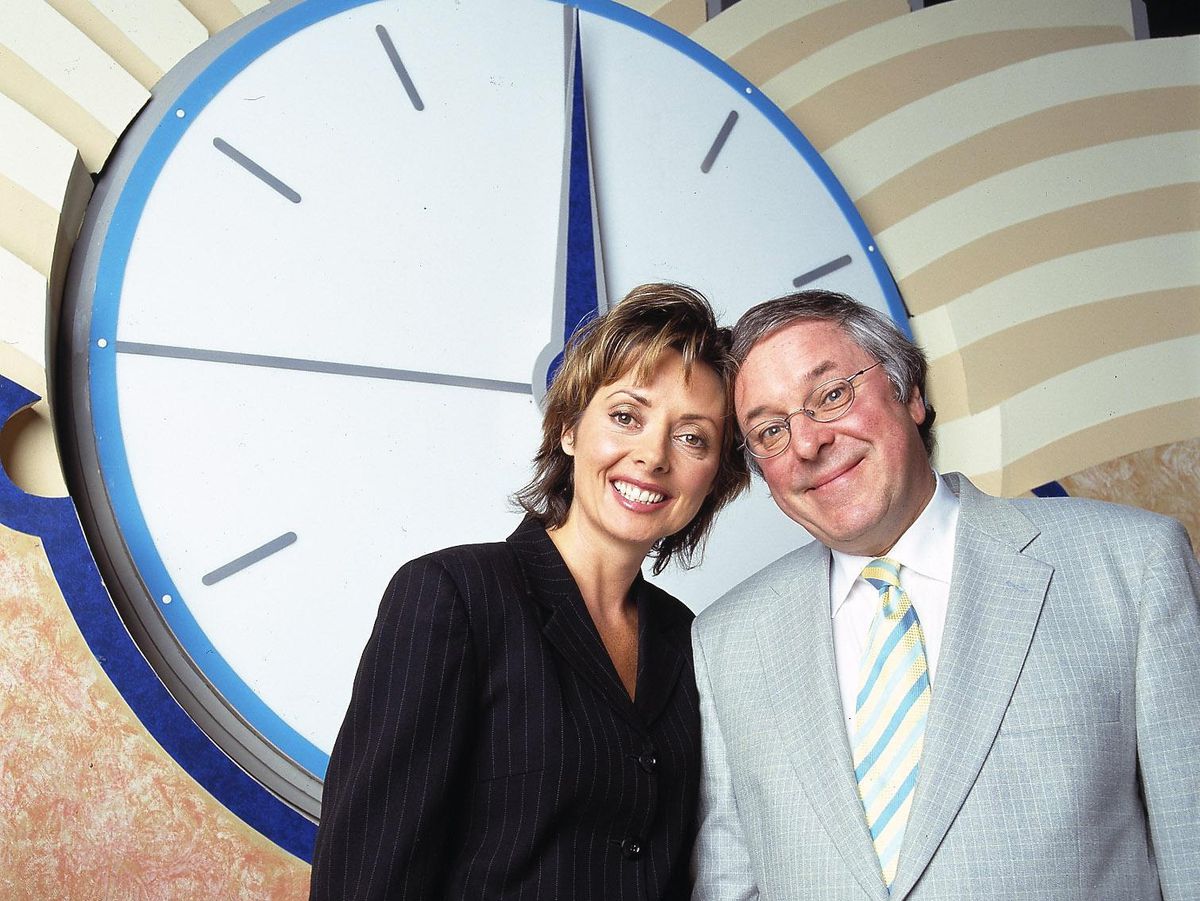 Sir Trevor McDonald and Baroness Floella Benjamin are among the famous faces invited to host the show as the channel turns 40.

The quiz show was the first show to air on Channel 4 when the broadcaster launched in November 1982 and remains the channel’s longest-running slot. To celebrate this milestone, four broadcasters are hosting a week of entertainment alongside resident lexicographer Susie Dent and mathematician Rachel Riley.

Baroness Floella is the first this week, with TV judge Rob Rinder joining Dent as a guest in the dictionary corner. She will be followed by Sir Trevor, famous curate and presenter of Radio 4, the Reverend Richard Cole and presenter Moira Stuart.

Richard Whiteley and Carol Vorderman were the faces that became so familiar to fans at the start of Channel 4. Whiteley presented the show for 22 years until his death in 2005. The seat was then filled by Des Lynam, Des O’ Connor, Jeff Stelling, Nick Hewer and now Colin Murray. A simple game of words and numbers, it managed to last and also spawned the anarchic late-night countdown 8 out of 10 cats does a countdown.

Other shows that have helped define Channel 4’s 40th anniversary include:

Channel 4’s Friday night live music show with edge and attitude made its debut on Bonfire Night in 1982, just three days after the Channel 4 newcomer took to the air.

The first broadcast featured Heaven 17, Bananarama, Duran Duran and The Jam, who took the opportunity to surprise the nation by declaring that they were parting ways.

It was introduced by former Squeeze keyboardist Jools Holland and the late Paula Yates.

Exhausting action game show in which a contestant-controlled helicopter whisks Anneka Rice across Britain in search of cryptic clues.

The two studio-linked contestants shouted instructions to a helicopter-borne ‘runner’ in the countryside, hoping that finding – and answering correctly – cryptic clues would land them £1,000.

When Anneka moved on to the Anneka Charity Challenge in 1989, her place was taken on the show by former tennis player Annabel Croft.

Grange Hill writer Phil Redmond has bought a set of newly built houses on a cul-de-sac in Liverpool, installing the latest television equipment there to film the soap opera.

Early signs weren’t good as viewers died out, with the show amassing just 250,000 viewers. But after building strong characters and challenging storylines, it became a success. The show was axed in 2003 and the houses went on the market for around £200,000 each.

The revue-style series for up-and-coming comedians was based on the American Saturday Night Live model.

For the show, the cavernous Studio 1 at LWT’s complex on the south bank of the Thames was packed with an audience, fairground rides and some of the scene’s most promising talent. It launched the careers of comedians such as Jo Brand, Julian Clary, Craig Charles and Harry “Loadsamoney” Enfield. It moved to Friday for its final series.

The show aired from Riverside Studios in Hammersmith, with a set that gave the impression of a nightclub below and the director’s office above, from where Evans anchored the show.

Stick aliens in a house and watch them self-destruct. Big Brother was unlike anything seen on UK TV and it became a sensation.

When “Nasty” Nick Bateman was kicked out for cheating, it made TV news and dominated the front pages. Newport builder Craig Phillips won the first series and the show starred Jade Goody and Alison Hammond.

After being deleted by Channel 4, it found new life with Channel 5.

Live late night TV show which originally ran alongside the 2012 Summer Paralympics every night after mainline coverage on Channel 4. Anchored by Australian comedian Adam Hills and co-hosted by Josh Widdicombe and Alex Brooker, he continued in lockdown with Hills present from his garage in Australia.

A TV show about people watching TV. Favorites have included Bristol pensioners Mary Cook and her friend Marina Wingrove, who were filmed from their retirement home until Mary died aged 92.

Multi-award winning drama depicting the lives of friends during the HIV/AIDS crisis. All episodes were shown on Channel 4’s All 4, where it broke records by being viewed in its entirety over 6.5 million times.