Review: Can Harry Styles really play? ‘My Policeman’ shows the singer is more than just a pretty face 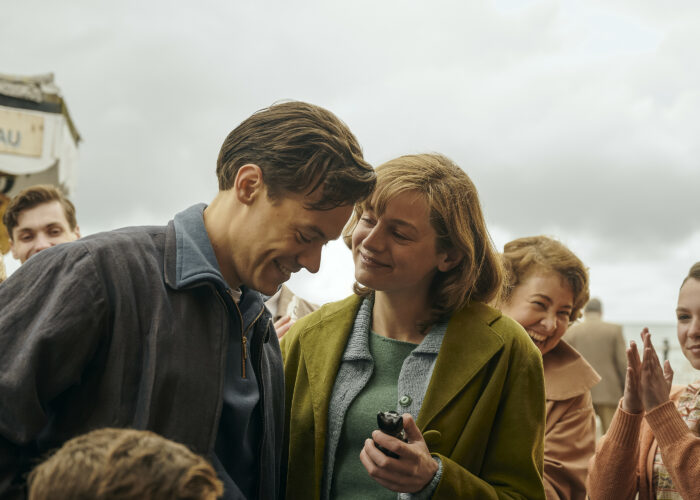 Review: Can Harry Styles really play? ‘My Policeman’ shows the singer is more than just a pretty face

Seeing tabloid sensation, idol pop singer Harry Styles as a gay cop is the publicity hook of “My Policeman” – just look at the poster – but the film itself is decidedly sensationless. Which doesn’t mean it’s bad.

It is, in fact, good: a simple, well-told story about an impossible love decades ago, and the resulting collateral damage.

Told in flashback, the film directed by highly respected British director Michael Grandage begins in the 1990s. Patrick (Rupert Everett) suffers a stroke and the film opens with his arrival by medical personnel in the seaside home of retired couple Marion (Gina McKee) and Tom (Linus Roache).

It’s Marion’s idea. Tom wants nothing to do with him and refuses to see him. Marion becomes his caregiver. Bringing Tom into the house, Marion forces the three to reflect on events that happened four decades earlier that defined their entire lives.

Luckily for Styles fans, most of the film takes place during this past. It’s the 1950s and Tom (Styles) is a fresh-faced, beat-walking London bobby. He meets schoolteacher Marion (Emma Corrin, who previously played Lady Diana in “The Crown”) at the local beach and teaches her how to swim. They are immediately taken with each other.

Tom introduces Marion to his friend Patrick (David Dawson), a museum curator, and together the three spend a carefree, art-filled summer, à la “Jules and Jim”. What Marion doesn’t know: Styles’ character goes, dare we say, in more than one direction. Tom and Patrick are lovers.

And boy are they. Styles and Dawson are certainly attached to their roles. But of course, this is 1950s London, when being gay could land you in jail.

What happens won’t be spoiled here – as mentioned, the story is pretty lighthearted – but Grandage sells it by leaning on its cast and period details. You feel like you’ve been transported to another place and you care about the characters and what happens to them. In this sense, “My Policeman” does its job.

There is a raging debate, among critics and social media crowds alike, about whether Styles can really act. Give him credit, though, for picking some tough roles.

Shia LaBeouf, whom Styles replaced in last month’s “Don’t Worry Darling” (directed, as we all know, by Styles’ current girlfriend, Olivia Wilde) would have been better than Styles when facing Florence Pugh? Could Grandage, who knows the cast, pick someone better than Styles in ‘My Policeman’?

Maybe. As would be the case with any actor in their twenties, he has room to grow. But after two movies as a leading man, it’s clear that Styles is more than just a pretty face. He’s a real talent, and he’s got this inexplicable X-factor that makes it hard to take your eyes off him.