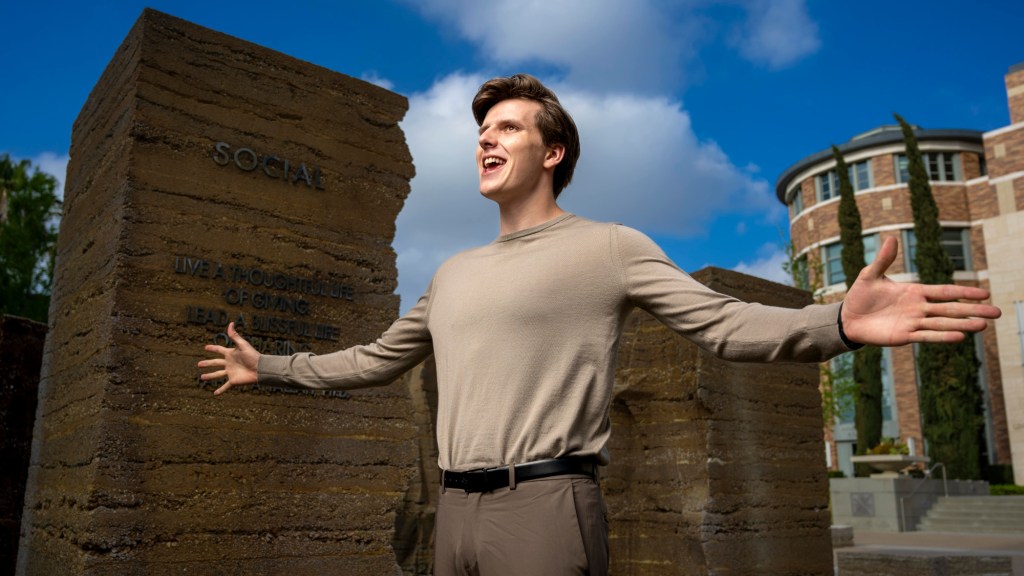 It had five minutes to wow six people – all with finely tuned ears in their chosen vocal music fields, whether classical, non-classical or commercial.

And they had heard nine aspiring artists of the year for more than two hours before Landon Wouters appeared before them. Baritone, he sang “Her Face” from “Carnival” and “This is Not Over Yet” from “Parade”.

The numbers fell in his favor. The panel named the senior from the Orange County School of the Arts the artist of the year in vocal music.

He’s come a long way from those pre-fourth grade days when he simply despised (his word) performance. Until trying out for a role in the musical “1776,” Wouters remembers “crying in front of my peers when I was auditioning for school shows.”

He decided to prepare “super hard” for a “1776” role, which included two singing lessons before his audition. Wouters got the role of a boy soldier who sings about war. The mothers in the audience were delighted. Wouters described the aftermath of opening night: “I was greeted by all the mothers of my peers, telling me how I made them cry with my voice.”

It hasn’t stopped happening ever since.

The Artist of the Year judges noted the maturity of her voice. And when Wouters was asked what his dream role would be, he immediately answered with Leo Frank from “Parade.” The 1998 musical dramatizes the pre-World War I trial of Frank, a Jewish factory manager in Georgia who was convicted amid blatant anti-Semitism of raping and killing a teenage employee. Although his death sentence was commuted to life in prison, a mob lynched Frank in 1915.

Wouters, 18, is of Croatian origin. His grandfather escaped Nazi persecution. He said he loves “Parade” so much for the complex issues it explores.

As a senior at Orange County School of the Arts, he began writing plays himself, through a school playwriting group. He has completed three full plays and two one-act plays. This also impressed the judges.

An artist must be complete, said Dubravka Zubovic, founder and artistic director of OC Ars Vocalis. “That’s what a lot of young people don’t understand.”

Wouters certainly does. He wants to attend four-year college and study musical theater, hopefully, he said, at the University of Michigan where he can design a curriculum his own way. One area he needs to focus on, he admitted, is becoming a better dancer.

He showed determination to move forward.

“He is hungry to learn and grow, and seems to have an unlimited ability to find time to devote to his own personal practice throughout the week.” wrote Melissa Lyons Caldretti, the private voice teacher who named Wouters (and the singing voice of Mattel’s Barbie).

“Landon has an incredibly beautiful and unique voice, and the warmth and honesty he brings to his work will calm any room.”

Vocal music is divided into three specialties: classical voice, commercial voice and non-commercial voice. In addition to Artist of the Year, judges selected finalists in each category.

Classic voice: Evan Richards, 17, a senior at the Orange County School of the Arts. He applied to colleges for drama, acting, and singing programs and was accepted to all three. “Now it’s up to me to decide.” But his dream is to attend USC for popular music, if he can muster the finances. If Richards stays around Orange County, he would like to become a member of The Dapper Dans barbershop quartet at Disneyland Resort.

Commercial voice: Zach Pehrson, 18, senior at Tesoro High. Just below Pehrson’s name on his resume are the words “Singer, Songwriter, Performer.” Self-taught guitarist, he plays in a blues rock band, Strangelight, busy with concerts and recordings in a garage studio. Influenced by his best friend and bandmate, Pehrson has a deep knowledge and enjoys performing classic rock tunes. He also has original material, including “Wait For You”, one of the first songs he ever wrote. He sang it with his own guitar accompaniment for the judges.

Non-classical voice: Daniel Troyan, 18, senior at Santa Margarita Catholic High School. When he was a baby, his mother would serenade him with the song “On the Street Where You Live” from the 1956 musical “My Fair Lady.” Now it’s part of his own repertoire, a song that blows people away assisted living centers where he volunteered to play. Troyan mainly played sports and had no formal musical training until he came to Santa Margarita. His future is a pre-medical track in biology. 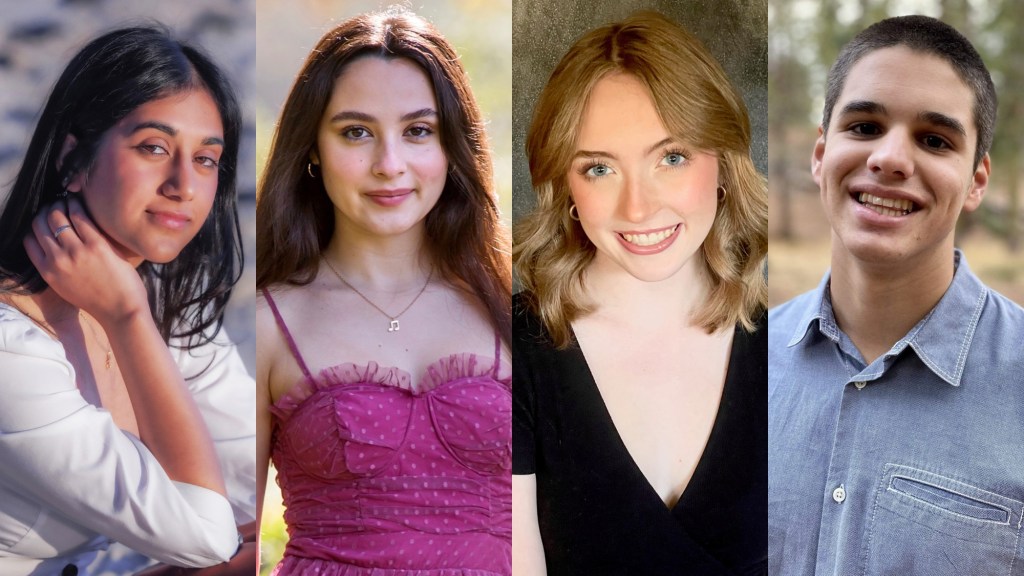 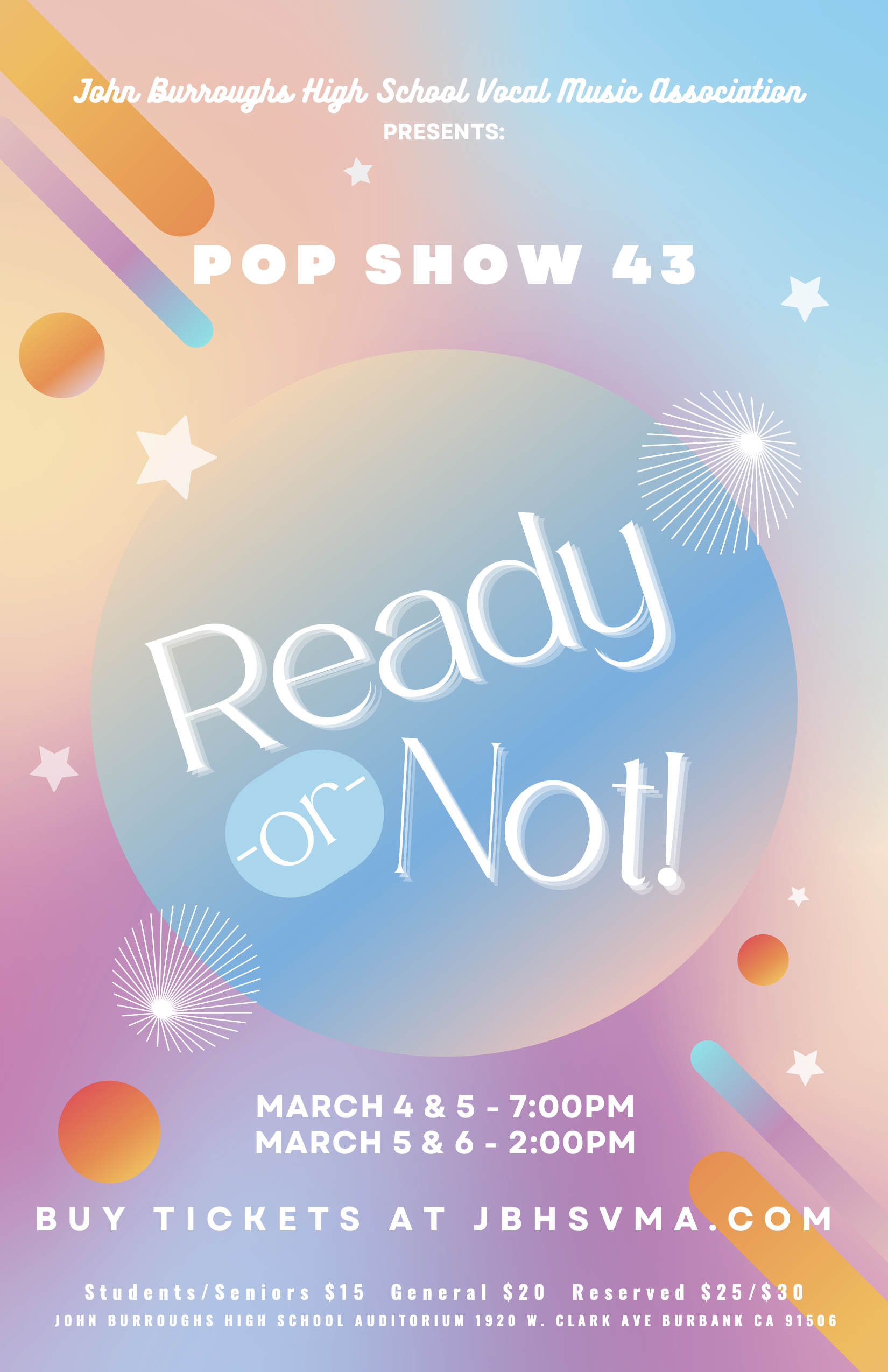