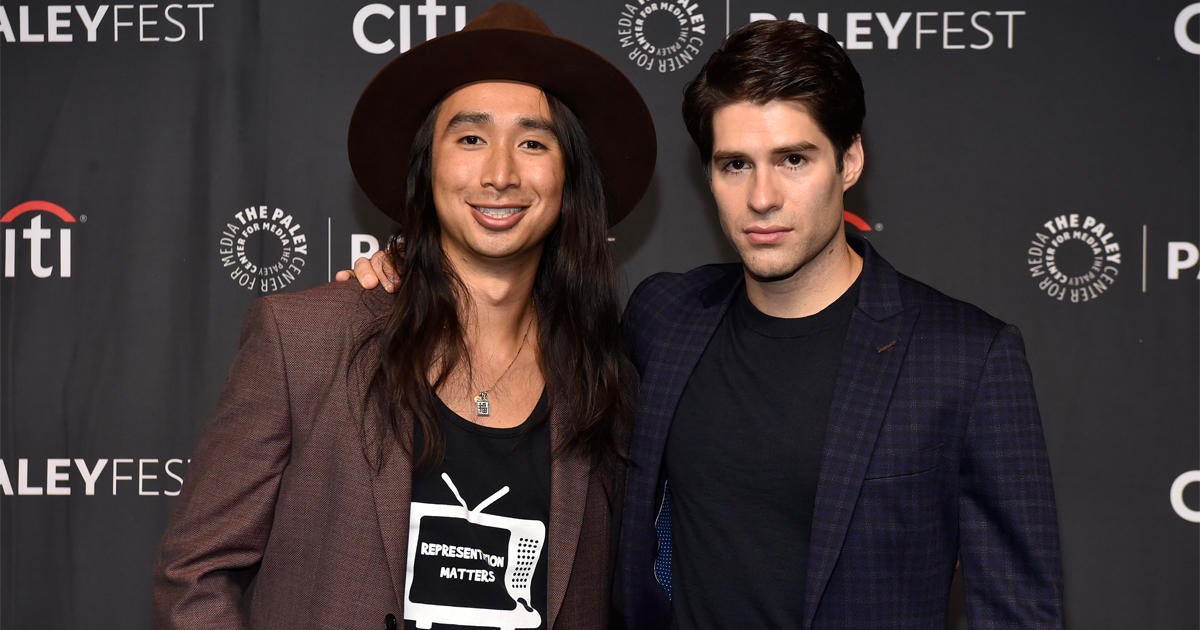 Ahead of their first appearance at San Diego Comic-Con slated for this year following the resounding success of their first season, the cast of CBS’ hit freshman sitcom Ghosts shows some very charming talents that fans can’t get enough of. In a video shared by series star Román Zaragoza – best known for playing Woodstone Mansion’s second oldest ghost, Sasappis – the actor can be seen singing a cover of Death Cab for Cutie’s “I Will Follow You. in the Dark”.

Shared on Instagram on Sunday afternoon, Zaragoza wrote how the song was a longtime favorite of hers and carried significant weight in her own understanding of death – a most common theme on the show. “I’ve loved this song since I was a kid because death has always been an overwhelming and difficult subject for me,” he wrote. “Work on [Ghosts] Honestly, it has helped me a lot to deal with my mortality and to accept death as natural. If you are struggling with your mortality, know that you are not alone. Sending love.”

Sasappis Serenades • I’ll Follow You In The Dark (cover) – Death Cab For Cutie
Thanks for the beautiful cinematography, @AsherGrodman pic.twitter.com/8W7NybceIv

Subtitled “Sasappis Serenades” on Twitter on Monday night, Zaragoza proves he’s got quite the musical talent as he tenderly sings the track in a more stripped down acoustic version. But that should come as no surprise to the public as the 26-year-old is no stranger to music. The theater-trained actor has worked with the Native Voices at the Autry, the only Native American Equity theater company in the United States, for the past 10 years and has appeared in the Broadway revival of Annie take your gun at the age of 3 alongside his father, Gregory Zaragoza. In addition to performing in school plays and musicals, Ghosts star also worked on Disney Channel Austin and ally and recently completed a three-season run at the Oregon Shakespeare Festival.

But as Zaragoza showed off his hidden talents of singing and strumming a guitar to the surprise of fans with the video shared on his official TikTok, Instagram and Twitter, he also thanked his co-star Asher Grodman – best known in the series for playing 90s Wall Street brother Trevor for filming the video and its “magnificent cinematography”. From the overall stage composition balancing the story of the song through the contrasting lighting leading from the door frame in Zaragoza to the middle of the set, illuminating the set, Grodman proves he has a gifted eye for filmmaking at through his choice of angles and movements. .

Showing his own hidden talent – at least to those who don’t know – Grodman, 34, is also an award-winning filmmaker who has worked in all mediums, including winning accolades for the 2015 short film he wrote , produced, directed and starred in called The train featuring the late great Eli Wallach. The train has screened at over 25 film festivals and won numerous honors and recognitions, including Best Picture at the Cleveland International Film Festival and the Sedona International Film Festival thanks to its insightful storytelling detail.

While the multi-talented performer will next appear on camera with Brooke Shields and Brandon Routh in the comedy Out of order later that year, Grodman worked extensively in independent film and regional theater across the country. He holds a BA in Film and English from Columbia and an MFA in Acting from the American Conservatory Theatre. He also teaches acting to theater and film students at Hunter College in New York.

Although time will tell if Grodman will ever direct an episode of Ghosts or co-write with the team for the acclaimed series, fans will be eager to see more of the gifted artist as he bursts onto the scene. For now, Grodman, Zaragoza and the cast are gearing up for SDCC this week and later this month, heading to the iconic Just for Laughs comedy festival on its 40th anniversary. The two SDCC and Just for Laughs appearances are part of CBS’ immersive marketing campaign for the show’s “recently departed” first season and its upcoming second season in September.

To know more Ghosts and all things Season 2, stay tuned for the latest series news, casting news and everything else only on PopCulture. In the meantime, relive the first season of Ghosts on Paramount+ free of charge from June 3 to September 2, 2022.