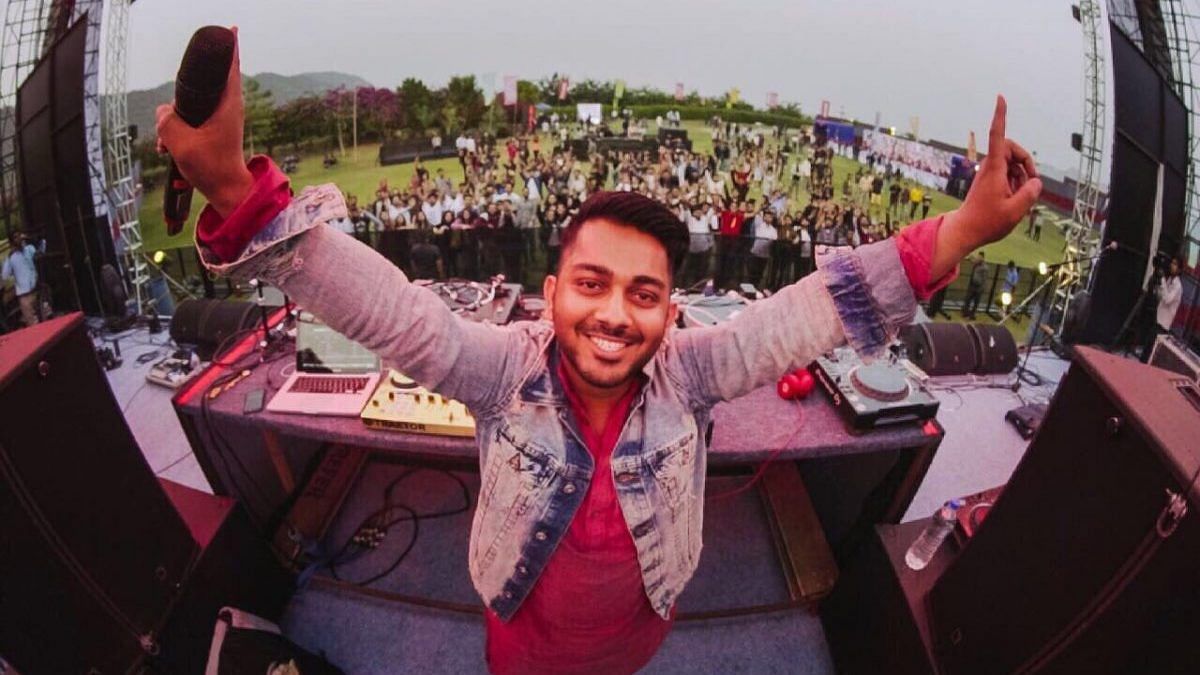 JThe fourth type of courage is creative courage. It means leading with new ideas and creating things that are unknown to us.

This kind of courage means overcoming the voice that asks us, “Who do you think you are? when we try to create something new. Despite all the self-doubt, creative courage means creating something meaningful, beautiful and unique despite the high risk of failure and rejection.

Creative and courageous people look at life as a canvas and paint it with their choices and their legacy.

Ritviz is a twenty-four year old artist from Pune, India. With four million monthly listeners, Ritviz is one of India’s most iconic musicians. He is one of the most streamed independent artists on Spotify, with over 200 million streams. His songs Udd gaye, Pranand Jeet, among many others, are a fusion of traditional Hindustani and Western pop music.

During the two hour call I had with him, Ritviz made it clear he was obsessed with music. By creating music, Ritviz feels he is himself. He often enters a special “zone” where he feels like an instrument of the universe.

His parents are musicians, his mother is a classical singer and his father a tabla player.

As a child, Ritviz would wake up hearing his mother practicing her singing. He began learning gayiki, classical Indian vocal music, when he was six years old. By the age of eleven or twelve, he was training five to six hours a day.

He grew up in a healthy home environment. Music was not imposed on him and he was not expected to make music.

Read also : From Prateek Kuhad to When Chai Met Toast, indie music rises from the ashes of the 90s

He was learning Dhrupad, a style of Hindustani classical music, following the guru-shishya parampara, the teacher-disciple tradition that we have in India. In these early years of learning, he was constantly surrounded by musicians.

At this time, he was also watching VH1 Top 40 and Western music videos on TV. He was influenced by the freedom of pop culture. There were no conventions or rules to follow.

Ritviz recalls, “I was drawn to the West only because of the freedom I saw there and didn’t see in Indian classical music.

Traditionally in India, we respect, follow and polish our roots. In Hindustani music, we stay within the traditional limits of classical music. But Ritviz had a strong desire to express his own voice.

He says: “I didn’t want to sing and limit myself to the only given notes. I felt a strong need to express myself. I wanted to do something else. So, I started to compose music in fifth or sixth standard.

By the age of twelve, Ritviz had started producing original music. He dreamed of becoming famous when he was in the ninth standard. Thus, he worked almost sixteen hours a day from an early age to achieve his dream.

In the Ninth Standard, unlike his friends who worried about such things as friends, tests, and games, Ritviz dreamed of “bursting into the scene”.

At the age of fourteen, he took part in a competition whose winner would be signed with a record company. He was devastated to finish third. And that made him re-evaluate his music and work even harder to release new songs. At the peak of his creativity thereafter, he would create seventy songs in a week.

He was a good student in school and scored 86% in tenth standard. He then opted for the trade course, but after a month, he switched to the humanities. However, the system of assaulting everything, even for the practical exams, was suffocating him.

So he decided to take science classes at IB with the goal of becoming a sound engineer. However, he didn’t appreciate this either as he was frustrated with the teaching style. He felt like school was like a prison and he was unable to unleash his creativity.

Eventually he decided that school really wasn’t for him, so he dropped out while still in eleventh grade and focused on making his own music.

His parents were supportive. His mother created a shield around him and told him, “You just focus on creating your music,” despite the disapproval of his extended family and friends. He lowered his head and continued to hone his creativity.

“Every time I sing, write or compose, I feel closer to myself. So it became like an addiction at a very young age.

With every song he created, he entered his true element, his zone. Philosophically, each song brought him closer to himself.

If you listen carefully to his music, you will notice that the content is Indian, but the format is Western. While doing all of his songs, his early childhood impressions of listening to his mother, the many singers around him at home, and the VH1 Top 40 songs remained etched in his memory. All the listening that happened in his childhood turned into the music he makes today.

It took courage for him not only to drop out of school to pursue his creative calling, but also to break away from the confines of Hindustani classical music and create his own original pieces.

He says that for creatives to be successful, they must first get to know themselves and not worry too much about the rules. If they reflect and discover their history and their calling, and if they have a burning desire to share it with the world, they will find a way to do so. They don’t need to stick to the conventional norms of society.

Ritviz says, “We are not slaves to grammar. We should be slaves to literature. People forget that knowledge is just a tool. Real power comes from what you have to say.

He candidly shares that one of the trade-offs of this creative courage is the loneliness one can feel. When he’s in the zone creating music, he feels euphoric. However, there is a negative side. “Every time I get a creative block, I hate my life. I see the negative comments, I’m like, oh, I don’t know what my next two years are going to be like. I’m starting to worry, I’m becoming anxious.

In her journey of creative expression, Ritviz has created a symphony of all her life experiences that tens of millions of people enjoy today.

There’s a lot to unpack stories from Malala, Vedangi, Dutee and Ritviz. They broke through barriers and achieved significant feats at a very young age thanks to their courage.

But even in our day-to-day lives, we all need courage to make our lives more rewarding and fulfilling.

This excerpt from ‘unstoppable: How Youth Icons Achieve Extraordinary Things’ by Manthan Shah is courtesy of Penguin Random House.