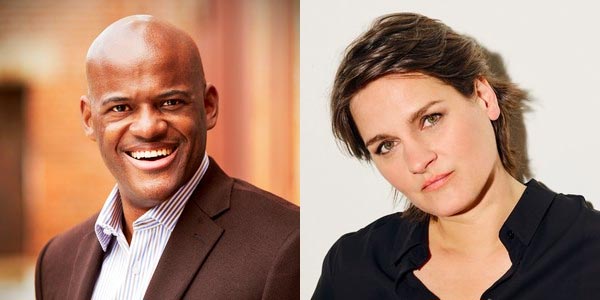 (HOPEWELL, NJ) – April is Jazz Appreciation Month, and the Hopewell Theater has several live shows celebrating the genre this month and next: live concerts by Keith Spencer, Madeleine Peyroux and Syreeta Thompson .

KEITH SPENCER QUINTET: THIS ANCIENT BLACK MAGIC Friday, April 15 at 8:00 p.m.. Baritone showman Keith Spencer presents an entertaining, bluesy, sentimental journey through some of America’s most recognizable songbook standards brought to life by African-American greats Nat “King” Cole, Sammy Davis, Jr., Billy Eckstine and Johnny Hartman. In That Old Black Magic, customers will hear songs such as “Route 66”, “Love Me or Leave Me”, “Lush Life”, “It’s Only a Paper Moon”, “Birth of the Blues”, and many more. others. Keith is backed by a sizzling five-piece jazz quintet made up of some of the region’s most talented instrumentalists.

Madeleine Peyroux Friday April 29 at 8:00 p.m. and Saturday April 30 at 8:00 p.m.. Madeleine Peyroux is an international singer-songwriter who spent her teenage years walking the bustling streets of Paris, singing jazz and vintage blues. In 2004, she released the album, Careless Love, which would sell half a million copies. Alongside the release of the anniversary edition of her bestseller, Madeleine Peyroux returns to the stage with the acclaimed repertoire that has melted the hearts and soothed the souls of audiences around the world.

She will perform twice during her visit to Hopewell. These performances are sure to be an intimately uplifting and romantic affair.

Advertise with New Jersey Stage for $50-$100 per month, click here for more info

FILMS THAT MADE MUSIC: “BLOW YO HORN!” SCREENING WITH ROUND TABLE DISCUSSION Thursday, May 12 at 7:00 p.m.. This spring, Hopewell Theater continues its Films That Made Music series, which offers an unvarnished look at iconic musicians and offers deeper insight into the music that defines our lives. In May, the series presents Blow the horn!a documentary film about “Trumpet Lady” Syreeta Thompson, whose fans have been singing her praises for more than a decade.

Syreeta Thompson’s career has taken her around the world and to the top of the Billboard charts, but it’s also taught her a lesson: no matter how hard they blow or how brilliantly they strum, women always have a hard time. struggling to make noise in the music industry.

In this documentary film, you will meet remarkable female talents, like Syreeta, who strive to break the sound barrier and make it big. Stick around after the film for a lively panel discussion featuring:

* Syreeta Thompson, musician and director of Blow the horn!

“BLOW YO HORN” SYREETA THOMPSON LADY TRUMPET WITH SPECIAL GUEST MINE ROAD Saturday, May 14 at 8:00 p.m. Syreeta Thompson will also perform live on Saturday following the screening of her documentary. It will be opened by special guest Mine Road, with Michelle Klein of Hopewell’s Peasant Grill.

Syreeta graduated from Rutgers University with a Bachelor of Arts in Music and she has a Masters from NYU in Film Score, Jazz Composition and Arranging. She has also ably written six music programs for East Orange school districts and is a Master Music Educator with the New Jersey Education Association. His songs “Winner” and “Evolution of a Winner” debuted at No. 1 on the jazz and gospel charts.

Remember to use the code “JAZZY22” at checkout to waive the ticketing fee for any of these performances.

Advertise with New Jersey Stage for $50-$100 per month, click here for more info

The theater has taken the necessary precautions for the safety of its patrons, staff, and talent, including HVAC upgrades, extensive cleaning and sanitation before and after shows, and requiring all patrons , staff and talents to wear a mask inside the building. Customers must show proof of vaccination or a negative COVID-19 test to attend a show. Learn more about the theater’s health and safety policy here.

Hopewell Theater is located at 5 South Greenwood Avenue in Hopewell, New Jersey. Enjoy this spring season with your loved ones at one of New Jersey’s premier performing arts theaters!