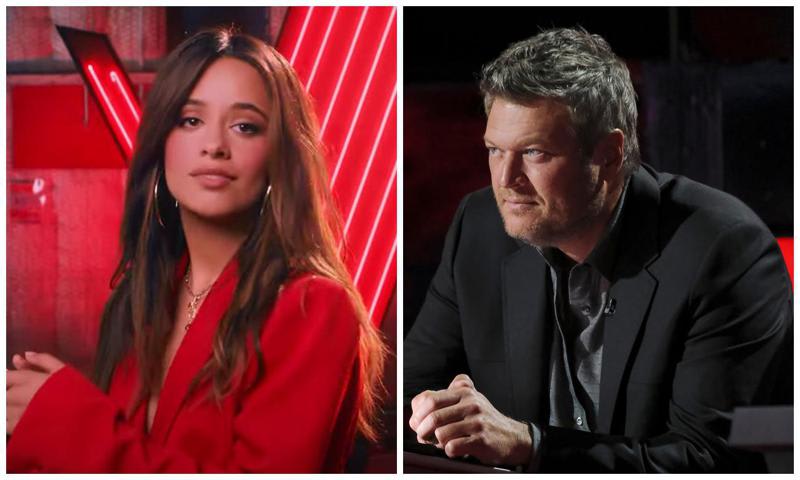 Blake Shelton has a new judge to fear! Camila Cabello brings all her Latina energy to win the music contest and roast the country singer on season 22 of The voice. The Cuban singer and actress fills up Kelly Clarkson and Ariana Grande will be seated in the revolving chair between Blake and Gwen Stefani.

In the preview for the show, Camila and Blake heat things up with their competitive spirit making everyone on the crown euphoric with the jabs.

Camila knows the series well, because john legend invited her to coach his team last season. Now friends become rivals and will compete against each other. Cabello rose to fame after competing with her former bandmates Fifth Harmony and finishing third in the second season of The X factor.

Now, the star will use all the competition experience to connect with her team and lead one of her singers to victory. Season 22 of The voice premieres Monday, Sept. 19 at 8 p.m. on NBC.

Earlier this month veteran coaches teased Camila with a chilling welcome. “You’re going to lose”, Cabello is the victim of a joke in a recent preview of The voice. In this teaser, the singer joins the jury and gets stuffed by Shelton.

Clip looks like horror movie trailer, Cabello is thrilled to find out she has a secret admirer on set The voice after receiving a celebration banner and gifts. However, the excitement comes to an end, as soon as a mysterious note arrives for the singer which reads: “You are going to lose so much!” Ha! Ha! Ha! Ha! Ha! Ha!”

As Shelton and Gwen Stefani wonder aloud who might have sent the note, Legend appears with a letter similar to Cabello’s in his hand that reads, “You should never have come back.”

Finally, the mystery is solved when the host Carson Daly arrives with some cut magazines and makes a revealing request to the country singer: “Hey Blake, can you please stop creating in my dressing room?”

Subscribe to our newsletter to stay in touch with your culture. Get the latest news on your favorite celebrities, royals and the best beauty, fashion and lifestyle news straight to your inbox!