Big Thief’s Adrianne Lenker and Buck Meek on the chords, techniques and gear behind their expansive indie-rock sound 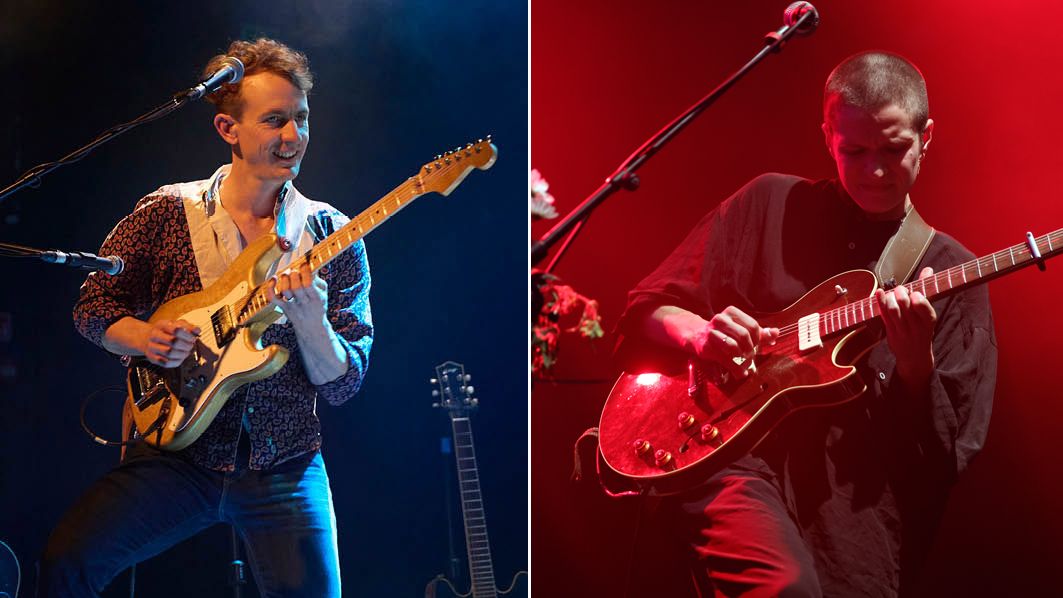 Big Thief’s Adrianne Lenker and Buck Meek on the chords, techniques and gear behind their expansive indie-rock sound

Adrianne Lenker and Buck Meek, co-guitarists of Brooklyn indie rockers Big Thief, have earned the right to be weary. In the busy preparations for the release of their highly anticipated fifth album, Dragon New Warm Mountain I believe in youthey finally found time to jam together – and they did, until 3 a.m., despite the full day of interviews awaiting them a few hours later.

Talking at length about the deceptively complex guitar work they weave throughout DNWMIBY perks them up, however, and before long we’ve cracked the Big Thief guitar code. Kind of.

“I gravitate towards the sound of open strings,” says Lenker, “even though I know I could play something without a capo with closed voicings. They inspire me. Instead of dropping D where I drop the low E to a D, I like to drop the high E to a D, which creates this nice drone.

Lenker uses the trick on songs like the tricky strummer 12,000 lines and the fingerpicked heavy curvaturetransforming worn chord shapes into something entirely new.

“I play as much, if not more, open tuning, standard,” she says. “I can understand if I just think about it for a second, but I usually don’t know what I’m playing. I just go by ear and think in terms of [chord] shapes. Some of them I know are common forms, and some I don’t know how “used” they are. I don’t really think about what I’m playing.

The combination of these techniques opens up wide creative avenues for Lenker, who explores sonic territory on his semi-hollowbody Collings SoCo, which has a pair of P-90 pickups.

Lenker’s laid-back folk vibe makes a clear connection to ’90s indie bands like Pavement, but Big Thief is no slacker; all four band members attended Berklee College of Music and are accomplished musicians.

Meek, who studied jazz guitar and grew up playing western swing, ragtime and country music when he wasn’t tossing his half Marshall stack on fast-paced pop-punk like NOFX, often plays Lenker’s foil instead of just being an accompanist. While Lenker’s voice quivers with immediacy like Stevie Nicks as she quietly strums or pricks her fingers, Meek’s guitar work is exploratory, determined to ensure they don’t leave a hint of emotion or greatness on the table.

“A lot of times, I’ll take my guitar part from elements of the melody, whether I’m emphasizing certain words or certain melody lines or harmonizing with them,” says Meek. “I just try to elevate them, or elevate what she plays on the guitar, for example, to highlight it or create something that fits together to reinforce what she does.

“If his guitar part is really dense, I’ll often try to create a bed for it, something more liquid to lay on,” he adds. “But it’s still in service to the song, and I feel like we all have our own path to that.”

Lenker and Meek formed Big Thief in 2015 after initially playing together as an acoustic duo, recruiting the rhythm section of bassist Max Oleartchik and drummer James Krivchenia, and embracing a more electric sound.

After releasing four acclaimed albums in as many years and racking up two Grammy nominations, the band have taken an unconventional path to create DNWMIBY.

Krivchenia pitched the idea to his bandmates: instead of setting aside time in a typical recording studio and releasing the top 10 or 12 cuts as their fifth album, they would record four sets of songs, loosely grouped by theme. , in very different places, with four different engineers, and with him the production.

The band recorded a total of 45 songs, recorded on an eight-track tape recorder in upstate New York; in a more conventional studio in Topanga Canyon near Los Angeles; a castle-like studio in the Rocky Mountains of Colorado, nearly two miles above sea level; and at a friend’s home studio in Tucson, Arizona, where a violin player joined them for spontaneous jam sessions that gave the upbeat Infinity Skate and honky tonkin’ Red Moon.

Even as albums get shorter again in the age of streaming, the band has chosen 20 songs for the final disc.

Lenker and Meek are clearly supportive of each other, taking turns touting their different techniques and how they play Big Thief’s biggest role.

“A lot of times Adrianne’s guitar parts are so lush and packed with so much information,” Meek explains. “His right hand is so complex. She often plays in these open tunings with a lot of asymmetrical finger picking patterns, and there’s so much density in her guitar parts that I find myself trying to balance that with feedback or some form of ambience or a drone or by creating a resonance, or by using long strings of melody or these repeating patterns to create a hum of melody.

“Deer [playing] sometimes feels tilted and staccato,” says Lenker. “Before, I was really into the acoustic stuff of Michael Hedges and Pat Metheny, which is all very open and consistent.

“Buck played a lot of jazz and studied this nice hardcore for a while and has this swinging beat. When we started playing together, her foot was always tapping on the upbeat beat and I was always so confused.

By contrast, Lenker is adept at blending time signatures and throwing conventional structures to the wind, leaning into syncopation and asymmetry of form. On the little thingsLenker’s dreamy 12-string strumming and Meek’s buzzing complementary figures work independently of each other and the percussion, but the sum of the parts yields a cohesive underlying pulse.

Meek played his Collings I-30 hollowbody through a Leslie on the song, “ripping as fast as he could to create a kind of river to tie his part together,” he says.

Elsewhere on DNWMIBY, guitarists’ gear choices range from traditional to experimental. Lenker got the blunt and punchy tone time slipping away by playing a resonator with a woven calling card through the strings near the bridge to dampen the attack.

Both play Magnatone Twilighter amps and Lenker recently acquired a Marshall Bluesbreaker and a Fender Deluxe Reverb, while Meek’s stable of guitars includes a 1926 Collings I-35 and Martin 0-18K acoustic, as well as a villainous Flipperkaster built by luthier Flip Scipio.

“Flip Scipio in Brooklyn built me ​​this Strat, a Flipperkaster, with this old Guyatone pickup in the neck and a Fralin Big Single in the bridge,” Meek explains. “It’s wired in parallel and in series. The serial wiring is really nice. You push the Guyatone into the Fralin and then into the output, so it cooks that overdriven output before it even reaches the amp. I used it a lot on this record.

When Lenker and Meek formed Big Thief in 2014, Lenker decided it was time to switch from the acoustic Martin double she had been playing for a decade and go electric. She went to a guitar shop in Brooklyn and grabbed a bunch of Fender Stratocaster relics, but it didn’t take.

“It was too much for me to switch from acoustic guitar,” she says. “It was such a nice guitar, but it wasn’t quite right.” Instead, her friend Aaron Hull from Collings helped smooth the transition with the semi-hollow SoCo she still uses as her main guitar today – despite the ’66 Strat she recently acquired.

“I’ve only been playing electric since I was 23, so seven years,” she says. “I feel like I still have my rock ‘n’ roll days ahead of me. Now I’m ready for the Strat.