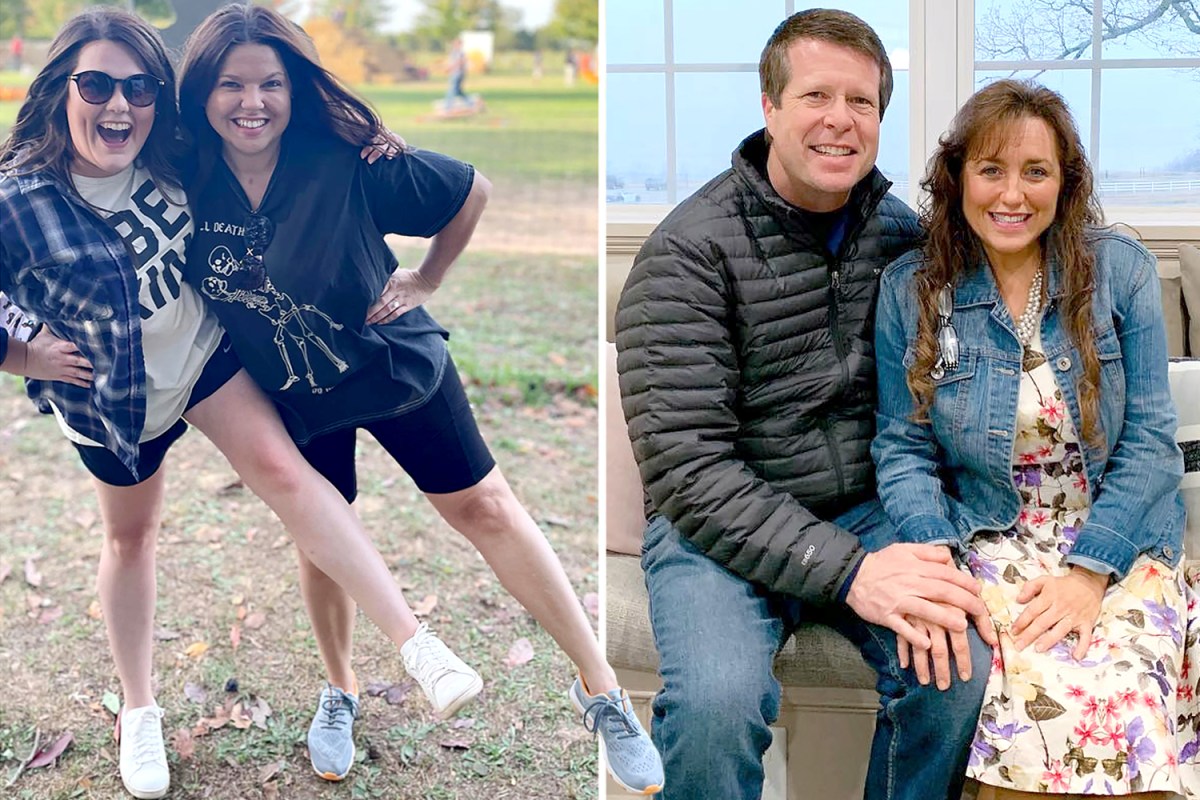 The former Counting On has repeatedly rebelled against the Duggar family rules.

Amy shared a series of photos on Instagram in honor of her sister-in-law, Loren’s birthday, where she donned shorts and a t-shirt in a photo.

The former TV personality smiled for the camera alongside the birthday girl, who also wore a pair of little black stockings.

She also shared another snap with her husband’s sister wearing a white button-down blouse and wide-brimmed hat.

She posted two more photos of Loren posing with her husband as well as one with their child.

She captioned the post, “Happy Birthday to our Lou Lou! You are the best Sista Sista, and our little guy’s aunt! I love how close we are! We’re either at the store together, Marco- polo-ing or FaceTiming! So grateful for you and the fun you bring into our lives !! @lorenbullardphotography. “

Amy has expressed her feelings about her aunt and uncle, Jim Bob and Michelle Duggar’s strict Christian lifestyle, and the expectations they set for the rest of the family.

On numerous occasions, the mother-of-one has ignored their strict rules, including their modest dress code which usually only allows women to wear skirts or maxi dresses.

She recently posted a series of photos of herself wearing a skinny bikini as well as a photo of herself sharing a passionate kiss with her husband, Dillon King.

Amy ditched most of the other Duggars after her cousin Josh was arrested for child pornography earlier this year, and has spoken out several times since her guilty verdict on December 9.

After Josh’s conviction, Amy took to Twitter to criticize Jim Bob and Michelle over their statement that they “would always love” their son.

“Don’t get me wrong, I truly believe in the power of prayer.

“But I also believe in working for your mental health and talking to a qualified professional counselor.”

Amy didn’t just speak out against Josh, but rather in favor of her cousin Jana Duggar.

After Josh was found guilty in his child pornography trial, it emerged that Jana had been charged with endangering children.

Amy recently lashed out at Jana’s parents, accusing them of “taking advantage” of their eldest daughter.

She shared her thoughts on the issue on Twitter, sharing a rant about people who use older children as “built-in babysitters.”

Amy didn’t take anything away from her rant.

She wrote: “I believe if you are a parent you should watch your own children. It’s not good to always have someone else watching them for you.

“OK, let me clarify something, I’m not talking about loving good parents who work and support their families.

“I support this! Sure ! I’m talking about people who rely on their aunt or their friends or anyone who takes advantage of people. Quite simply because they can. “

In another tweet, Amy continued, “Your kids, even older ones, shouldn’t be your built-in babysitter. Your kids, no matter what their age, should be able to live normal teenage lives.

“Helping every now and then is good, but if you have that many kids, be responsible. “

Amy didn’t mention any names specifically, but it’s worth noting that Jana, 31, spent much of her childhood and now her adult life helping younger Duggar children.

She also blew up her uncle when he ran for the Arkansas State Senate, tweeting that she “actually represented his family values.”

This was the second time Amy had cast a shadow over Jim Bob, as she previously seemed to allude to her uncle Jim Bob as she urged for “real therapy” in a Tweet.

In the Tweet, Amy wrote, “I was told last night that I should run for the Senate!

She said she found the idea of ​​running against Jim Bob humorous by adding a laughter emoji.

Amy continued, “They told me I was bold and stood up for family values ​​and my closet didn’t hide any skeletons! Lies or deception!

“Haha politics is definitely not my thing but I can’t help but wonder how this race would go.”

On December 14, it was announced that Jim Bob had lost the election to a landslide.

We pay for your stories!

Do you have a story for the US Sun team?