5 professional compression techniques to take your sound to another level 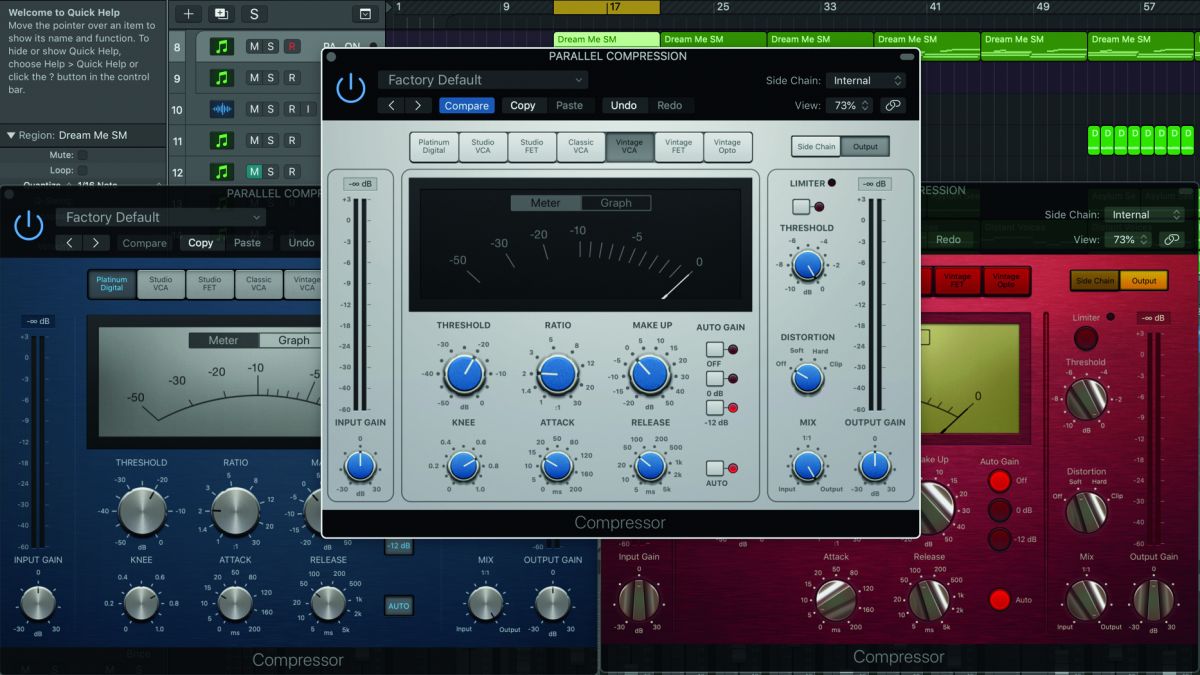 5 professional compression techniques to take your sound to another level

So you know your ratio from your threshold and overall you have control over your dynamics. Now that you have mastered the basics of compression, here are some advanced techniques to add to your repertoire…

Parallel processing is a great way to introduce subtle changes to a mix, and nothing suits it better than parallel compression.

Parallel compression works “bottom-up”, so it doesn’t overwhelm like “top-down” compression does. It’s great for filling out a room, enhancing quieter details, and making everything sound fuller and warmer without taking the punch away. And luckily, with modern computer recording, it’s child’s play.

Parallel compression can work especially well on drums (to bring out room ambience and subtle details without overpowering), or on a full mix.

You’re essentially running a heavily compressed version side-by-side with a clean version of the same signal – they run “in parallel”, hence the name. When setting it up, enable and disable the parallel compressed channel to hear the results clearly.

The advantage of this technique is that you can control exactly how much of the heavily compressed character sound you want in the mix, while retaining all the impact of the original. Check out the walkthrough below on how to set it up yourself.

Step 1: Route the signal you want to process to a new bus, so that there are two channels sending the same thing to the output, and isolate the new bus. Now compress it!

2nd step: Use very fast attack times, high ratios and a nice low threshold. You’ll end up with something that sounds very flat, very crushed and unnatural, but has a lot of compressed character. Beware, vintage emulations may add distortion – or maybe it will sound good!

Step 3: Lower the fader to 0, then turn it off to listen to the original uncompressed channel again.

Step 4: Now gradually raise the fader for the heavily overcompressed signal and mix as much of the heavily compressed version into the mix as you want. Make sure the plugin delay compensation is enabled to avoid any latency issues.

It’s often better to run several compressors in a row, each working relatively softly, than to push one compressor really hard. This technique is known as “chaining”. A Urei 1176 followed by a Teletronix LA-2A is a real powerhouse of a combination, for example.

This technique was common in the days when the use of analog tapes was a much more common practice. It was quite normal to compress gently when switching to tape, to get the best signal-to-noise performance. With the tape it was possible to record quite ‘warm’, leaving a bit of saturation to compress the sound further. After that, more compression would be used in the final mix.

A limiter is a compressor with a very high ratio – usually over 20:1 – and very fast attack and release times. Limiters are often used in mastering because they provide a great way to control unwanted peaks and spikes in the sound. This allows you to use slower attack times elsewhere.

Sometimes used over an entire mix during mastering, a multiband compressor divides the signal into several different frequency bands and applies compression to each separately.

However, care should be taken if using multiband compression. Just the right amount can pull a mix together well, but too much can suppress the internal dynamics, leaving you with nothing but a muddled, over-compressed mush.

Some compressors can be configured to react to the input of another channel – the sidechain – so that this external effect triggers the compressor. Use fast attacks, high ratios, and a longer release time – and make sure the effect works in time with the music.

Heavily EQed tracks can also be routed to a sidechain and used as a raw form of multiband compression; an example of this would be as a de-esser on a vocal.