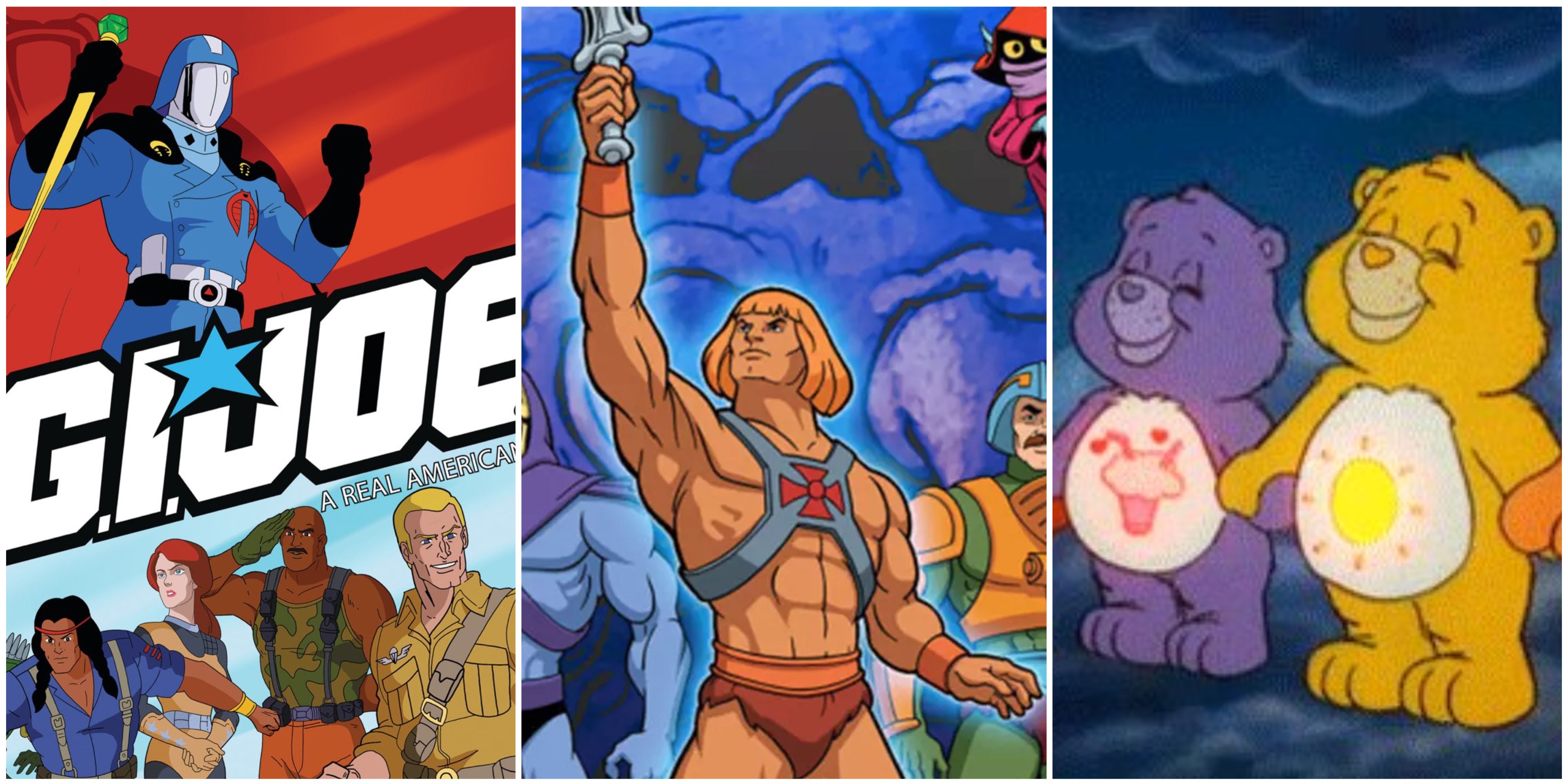 Until the early 1980s, advertisers were prohibited from sponsoring children’s television programs. But when former US President Ronald Reagan deregulated children’s television programming, the floodgates were open and have not been closed since. This meant that companies could market as much as they wanted directly to children, leading to a boom in new toys and new cartoons created just to promote said toys.

These new shows would take product placement to a whole new level. They didn’t just display certain products; the whole show was the product. Less concerned with the quality of the products they offered and more concerned with the absurd amount of money they were making, these shows were made purely to advertise to children.

ten Street Sharks is the epitome of the 90s

street sharks was an American superhero show centered around a rather bizarre premise. Two doctors create a machine known as a “gene-slammer”, which has the ability to transform aquatic animals into anthropomorphic hybrids. Scientists combine human DNA with sharks, and that’s how the Street Sharks were born.

RELATED: ’90s Cartoons That Hit Differently on a Rewatch

It’s easy to call this show a clear Teenage Mutant Ninja Turtles rip-off because that’s exactly what it was. A copy of a pre-existing property with a slight twist made for the sole purpose of selling figurines. The show was a minor hit on its own and aired for a total of three seasons in the mid-90s.

It would be hard to find someone who doesn’t know Hello Kitty. This adorable Japanese fictional character has grown into an international brand and multimedia franchise that includes apparel, toys, video games, anime series, music albums, and countless other product lines and media productions.

Before becoming the massive brand it is today, Hello Kitty was just a newly introduced character with its first English-language television series, Hello Kitty and friends. The purpose of the show was to hopefully tap into a new market in America and sell more merchandise. It’s safe to say they succeeded, Hello Kitty is the second most profitable media franchise of all time, with more than $80 billion made.

8 The GoBots challenge actually came before the Transformers

GoBots Challenge is an American series based on Tonka’s toyline about the transformation of robots from an alien planet into a battle for Earth. Sound familiar? GoBots gained a reputation for being a cheap knockoff of Hasbro’s Transformers, but in reality, GoBots came first. Bad first doesn’t always mean better.

Predictably, once Transformers hit the airwaves soon after, the GoBots didn’t last much longer. Eventually, Tonka was acquired by Hasbro and the GoBots all but disappeared. Subsequently, the universe represented in GoBots Challenge was retroactively established as an alternate universe within the Transformers multiverse.

Similar to Hello Kitty, My Little Pony has become a media franchise that extends beyond toys. When Hasbro introduced My Little Pony in 1982, few could have imagined the success of these magical talking ponies, selling 150 million toys by the end of the 80s.

The TV series of the same name helped ensure that every child wanted their own pony. My little Pony was one of the most criticized TV shows by parents who felt the show promoted consumerism among their children, which, to be fair, is exactly what Hasbro did. Today, My Little Pony continues to be hugely popular with several ongoing television series and a fanbase that can only be described as diverse.

6 Yes, Rubik, The Amazing Cube is a real show

It seems like every toy company wanted to get in on the sponsored kids’ program craze of the ’80s, including everyone’s favorite cube puzzle company. In 1983, ABC began broadcasting Rubik, the incredible cubea show about a Rubik’s Cube and his efforts to stop an evil magician.

What an absolute wild concept for a show. What kid doesn’t want to follow the wacky adventures of a sentient Rubik’s Cube with the face of a counterfeit Smurf? ABC was really scraping the bottom of the barrel with this one, and it’s no surprise the show was canceled after just one season.

5 GI Joe: A Real American Hero Managed To Be Great Despite The Shows Intentions

Just because a cartoon promotes a toy doesn’t mean it can’t put on an amazing show yet. As part of a revival of the old ’60s GI Joe toyline, Hasbro has teamed up with Marvel Comics to produce both a comic book series and an animated series for their new toyline, GI Joe: A Real. American Hero.

The show was a massive hit that, in normal Marvel fashion, had many tie-ins with related properties. The series aired in syndication from 1983 to 1986 and spawned reboots, comic books, and live-action features. GI Joe: A True American Hero ranked 19th on IGN’s Top 100 Animated Series.

The Care Bears live in a remote place called Care-a-Lot and would travel the world on “Missions in Caring.” The target audience was 3-5 year olds, so naturally the show was very light and campy, but it tried to teach kids about love and compassion, so at least it had a good message.

He-Man and the Masters of the Universe focuses on the muscular, blond-haired Prince Adam and his nemesis Skeletor. Whenever Prince Adam holds the sword of power and proclaims “By the power of Grayskull!“he transforms into He-Man, the most powerful being in the universe. The show proved so popular that it spawned a spin-off series and a feature film.

RELATED: 10 Things You Didn’t Know About The Masters Of The Universe Original Series

However, He-Man was heavily criticized by parents for its publicity to children. In the United Kingdom, advertising regulations prohibited advertisements for He-Man toys from accompanying the program itself, but such regulations did not exist in the United States. It was the first series to be based on a toy and is credited with influencing other companies to produce their own “cartoon advertisements”.

2 Hot Wheels is the one that started it all

In 1968, inventor Elliot Handler saw his son playing with a Matchbox car and decided to create direct competition for them. And just like that, Hot Wheels was born. A year later, an animated series of the same name began airing Saturday mornings on ABC. The series focused on the racing exploits of a high school student, Jack “Rabbit” Wheeler, the leader of the Hot Wheels Racing Club.

Hot Wheels was the very first anime series created solely to advertise a product. The show was heavily criticized by the Federal Communications Commission (FCC) for being a thirty-minute toy commercial, which it was. The FCC even ordered TV stations to tape portions of broadcasts as commercial time.

Following the success of G.I. Joe, Hasbro teamed up with Marvel again to repeat the process, but this time with robots. The result was an incredibly successful toyline and show of the same name; Transformers. The series focuses on the heroic Autobots and the evil Decepticons, two warring factions of alien robots capable of transforming into vehicles.

NEXT: 10 Cartoons You Didn’t Know Had Video Games